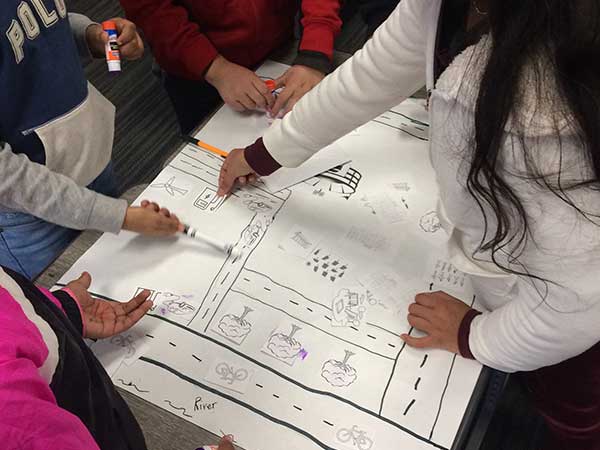 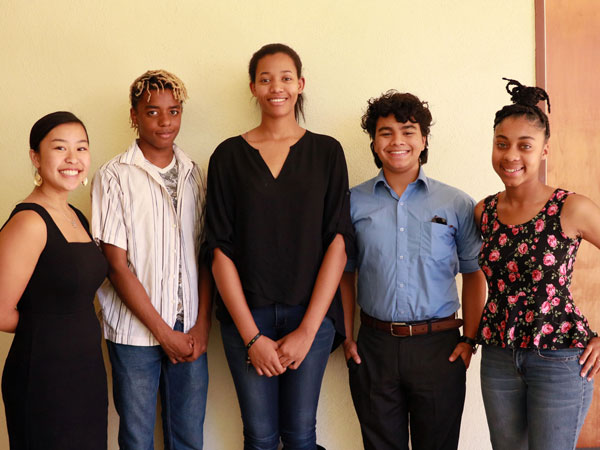 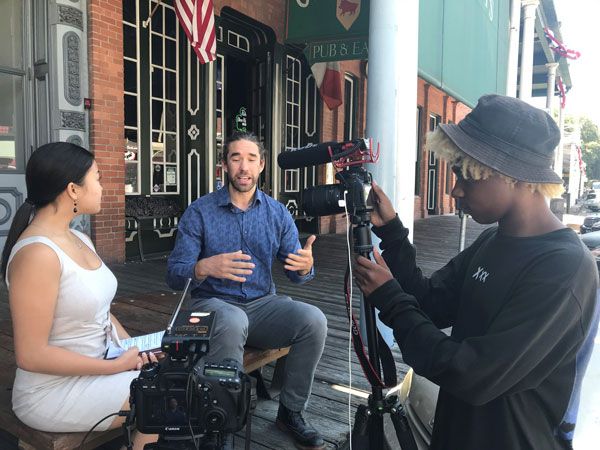 The General Plan Update is the City’s blueprint for how and where Sacramento will grow over the next 20 years. To accompany this, the City is also preparing a Climate Action Plan which will create a community wide framework outline for reducing greenhouse gas emissions. Ultimately, this plan seeks to establish Sacramento as a climate leader.

To involve the younger generation in a dialogue about climate change, the City founded a Youth
Engagement Program. AIM working in collaboration with community-based organizations that serve the youth in underserved communities, initiated a compensated work program during the summer of 2019.

Youth representatives from Green Tech, La Familia Counseling Center and Asian Resources, Inc. became youth coordinators. These youth coordinators between the ages of 15 and 20, developed an informational video alongside a questionnaire with the objective of informing the viewer of the major causes of greenhouse gases. The feedback received from this effort will helped inform the Climate Action Plan, as part of the General Plan Update. AIM collaborated with the youth coordinators through weekly check-ins and provided resources and guidance throughout the program.

Click here to see the informational video prepared by the youth coordinators.

Due to COVID-19, several of AIM’s community workshops for the 2040 Sacramento General Plan Update and Climate Action Plan were cancelled. To find innovative ways to continue receiving community input and feedback, AIM produced a virtual workshop that included videos and questionnaires on six key topics including livability, mobility, climate action, environmental justice, economic development, and sustainable growth. To continue involving youth in community engagement and in the future of Sacramento, AIM developed a Students Rewards Program.

The Student Rewards Program provided high school students with the opportunity to be eligible for prizes based on the number of friends, family members, and any other resident of Sacramento they were able to get to participate in the virtual workshop. Students signed up for the program via email and then were given their own referral code. Participants of the virtual workshop were asked to put in the student’s referral code, so that the student could receive credit towards prizes. The virtual workshop was “open” for six weeks and dozens of students from all over Sacramento participated.

One of the key engagement tools used by AIM are Pop-Up Workshops. Pop-Up Workshops are unlike traditional public workshops in building public awareness and obtaining community input on a particular project or initiative, because they are temporary, portable and involve a highly trafficked location. Specifically, AIM staff actively interact with community members at these Pop-Up events by providing information on a project or issue using a variety of engagement methods including, but not limited to, a preference survey, dot and map exercises and questionnaires.

A key aspect during the Pop-Up event, is to create some fun, creative activities with community members, including children and youth. Some of these events are designed specifically to be “family-friendly.” Activities to involve youth and children and their family members include games such a prize wheel where they can spin the wheel and win prizes. Other activities to encourage community participation can involve an organized bike ride to promote the use of bike trails or learn tai chi, participate in group painting, a kid’s obstacle course, and partner / group games such as twister and connect-four.