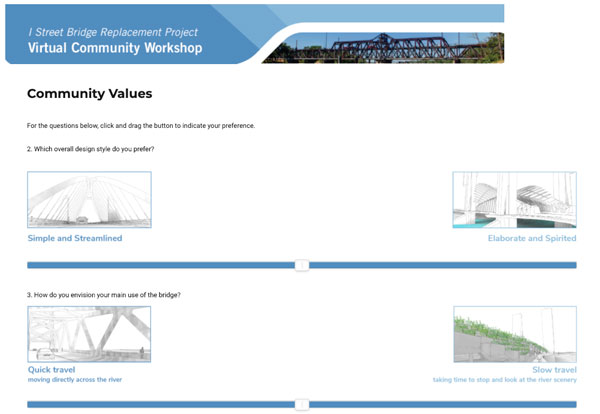 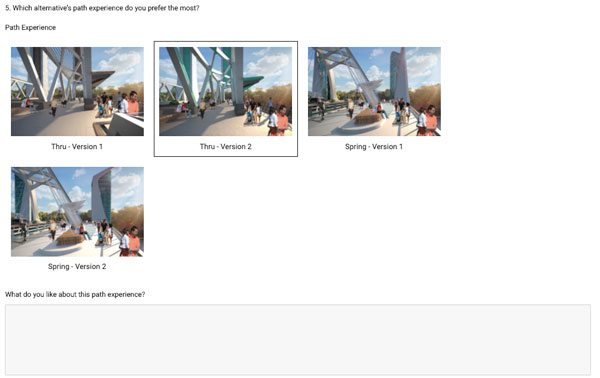 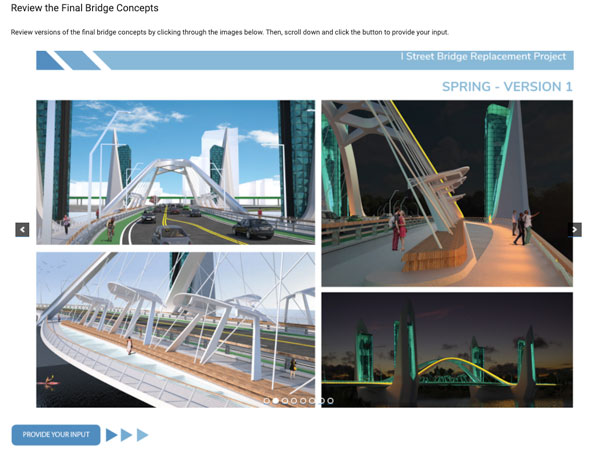 As part of the public outreach process, AIM implemented a series of virtual community workshops. More than 3,100 community members from both the cities of Sacramento and West Sacramento engaged with the workshops during two separate times. The first virtual workshop served as a forum for participants to learn about the project and final design process, as well as contribute their input on nine early bridge design concepts, project goals, contextual inspiration, and community values. The second virtual workshop presented the final four bridge design concepts and asked community members to provide their input on the different design elements and other landscaping considerations.